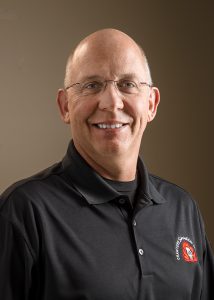 President, CEO, Treasurer, & Chairman of the Board

I knew at an early age that my goal in life would be to follow in the footsteps of the two men I admired most, my grandfather and my father. My grandfather, David B. Crawford Sr., started in the sprinkler industry as an apprentice in 1913, and founded his own business in 1920. My father, William S. Phifer, Jr., went to work for Crawford Sprinkler Company in 1946 and took over as President of the South Carolina office in 1965. I have worked at Crawford Sprinkler Company for 41 years, since starting as a shop laborer in 1976 (they will not count my time served as Janitor’s Assistant from 1969-75). I advanced through the company ranks from Fitter, Foreman, Service Technician, and Administrative since 1999 becoming the third generation to be President, Chairman of the Board, and Treasurer of the company.

Since 2010, I have served as the Region 5 Director on the National Board of Directors for the American Fire Sprinkler Association.

I am a member of the ABC and served on the BOD for the Carolina’s Chapter from 2001-2004 and served as vice-chair in 2003. (Charter Member of the Chapter)

Currently an active member of the Executive Association of Greater Columbia.

I reside at Lake Wateree, South Carolina, with my wife of 29 years, Stacy Albert Phifer, and our three dogs. My hobby (or addiction as my wife calls it) is Sporting Clays Shooting, which I do on a competitive level. I enjoy training my Labrador Retriever, bird hunting, spending time on the lake and working on my hobby business Bodine’s Sporting Goods as a Federal Firearm Licensed dealer along with other hobbies.

I am involved with the National Sporting Clays Association as a competitive shooter and National Delegate. I am a Certified Sporting Clays Shooting Instructor and actively assist the South Carolina Youth Shooting Foundation.

We are the leader in the industry with over 100 years of experience!